How to Enable Non-Technical Users to Plan Test Automation?

Test automation management is a major issue in all software projects. Especially when it comes to regression testing, manual testing becomes a burden to all team members. That’s why companies add Selenium or Appium based test automation to their quality pipeline.

A general approach after test case implementation is to integrate tests with Continuous Integration in order to be able to arrange test runs with different configurations. These configurations include the main URL of the web app, parameters to be used in the scripts, frequency of test executions, etc… Different CI jobs need to be configured in this process.

The primary issue is to decide on which tests cases will be in which test plan. All the configurations are done by using annotations of unit testing frameworks like JUnit, NUnit or tag functionality of BDD frameworks. This means that test scenario selection is a developer (test automation engineer) dependent task.

As Testinium team, we wanted this task to be independent of the automation team. So we developed “Executor module” which parses your automation code and imports all test scenarios into Testinium so that anyone who doesn’t have a technical background can also be able to create test plans with different configurations and test scenarios.

With Testinium test automation tool, any user with no technical know-how on Selenium scripts can manipulate test plans and manage its test scenarios. So there’s no need to change the test automation script, no need for code check-in’s/checkout and developer dependency is eliminated.

If you develop your automation scripts with Java, .Net language, Cucumber and Specflow libraries, you can enjoy this unique feature of Testinium. 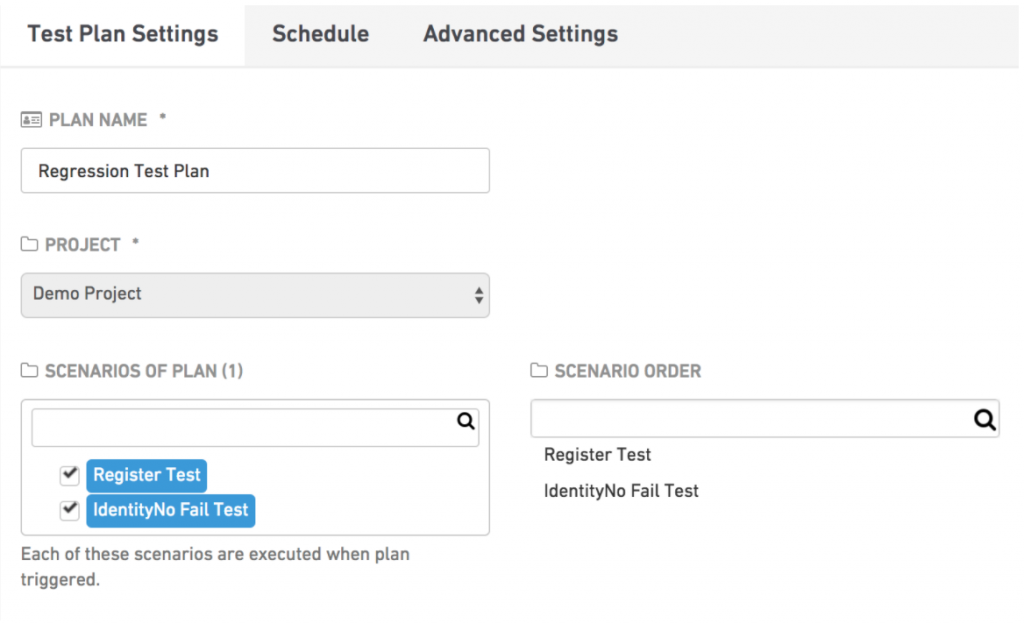